Why Are Shin Splints the Most Common Injury for Runners

According to new research, about 27% of runners experience injuries in their first year of participating in the sport, and a majority of those injuries were shin splints. Danish researchers followed 933 new runners for a year to observe them and see how many got injured, what injuries they got, and how long it took them to recover from their injuries. The researchers considered someone a new runner if they had not run for more than 10 kilometres in the year before. They defined running injuries as running-induced pain in the legs or lower back which were severe enough to prevent them from training (in distance, duration, pace or frequency) for at least a week.

Of the 933 runners, 254 met the researchers’ definition of having a running injury in their first year. Of the runners who were injured, 15% reported medial tibial stress syndrome (or shin splints) and 10% had patellofemoral pain (or runner’s knee), 9% had a meniscus injury, 7% had Achilles tendinitis, and 5% had plantar fasciitis or a soleus injury.

Stress fractures were relatively uncommon, usually because the new runners’ mileage was on the lower end in their first year, which did not create significant risk for this type of injury. 75% of the injuries happened during a runner’s first 201 kilometres in the sport.

Healing times had varied greatly among all injured runners. Those who had calf strains were back to their normal running routine on an average of 30 to 40 days. Those that suffered from shin splints required an average of 72 days to recover fully. Plantar fasciitis took the longest time, averaging 159 days for runners to fully recover from.

The researchers found that their findings emphasize the importance of new runners being more mindful of shin splints.

How to Prevent Shin Splints

Shin splints are known as an overuse injuries because they typically happen when runners, especially new runners, increase their mileage or intensity too soon and don’t allow their body the proper time to recover. One important thing to remember is not to run through the pain. Always listen to your body and decrease your running when you start to feel any pain. Medical experts recommend that you shouldn’t go back to running until you are pain-free for two weeks.

Running on hard surfaces like concrete can put more strain on your muscles, joints and bones. It’s important to have some variation on your running surfaces. Try to run on grass or dirt trails, especially if you are planning to run for a long period of time. You might also want to opt to get on a treadmill run once or twice a week. Running on a treadmill is much easier on your body than running on roads or sidewalks.

Physiotherapy will help you manage your shin splint pain properly. APEX Physiotherapy & Chiropractic can help with your pain, so if you are looking for a physiotherapist or chiropractor near me in the Pickering or Ajax areas, contact us today!

How To Avoid Injury In Your Garden or Yard 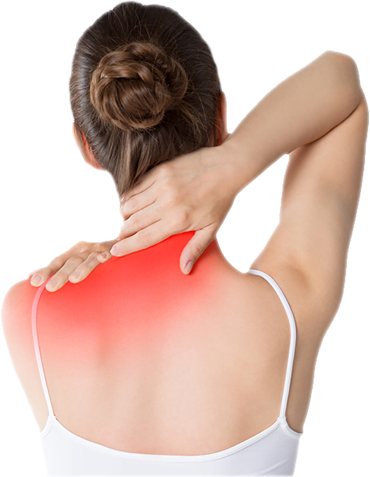 What Conditions can be Treated Using Naturopathic Medicine?